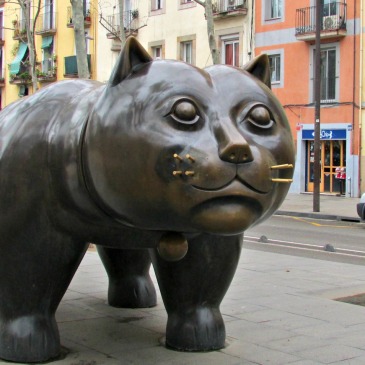 What: Botero’s cat / El gato de Borteo Where: at the southern end of Rambla de Raval, Raval (Metro: Parallel, Liceu or Drassanes) About: The huge cat sculpture by Colombian artist Fernando Botero was purchased by the city of Barcelona in 1987. Since then the cat stood at various spots around the city, such as … END_OF_DOCUMENT_TOKEN_TO_BE_REPLACED