I wanted to visit Red Hook since years, but never had or took the time to do it until this years trip to NYC. On my last full day in New York I hopped on the new NYC Ferry to Red Hook. The ferry stops at the Atlantic Basin (pictured above) at the west coast of Red Hook and after a less than 5-minute walk, you’re in the heart of Red Hook.

Red Hook is a bit off the beaten track since it doesn’t have a subway stop (Smith-Nine Streets is the closest) but the NYC ferry is an easy and fun way to get there. If you’re coming from Brooklyn the busses B57 and B61 run through Red Hook.

The neighborhood is mostly know for its Fairway Market and IKEA, but it has so much more to offer: 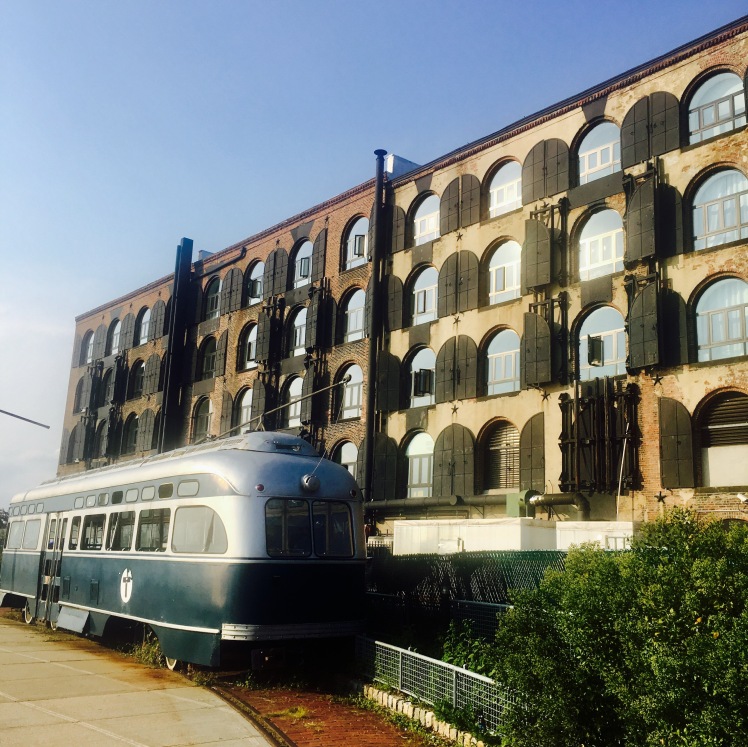 Right behind the Fairway Market at the waterfront is an old trolley, remains of a time when creating a trolley line in Red Hook was on the cards. This idea has long been dicarded but the trolley is a steady reminder. This trolley was bought from Boston and the sign still says “To Chestnut Hill Ave”.

Red Hook offers beautiful views over the New York Bay and to the Statue of Liberty. It’s the only Brooklyn neighborhood that gets a full frontal view of Lady Liberty, who is looking in the direction of France. 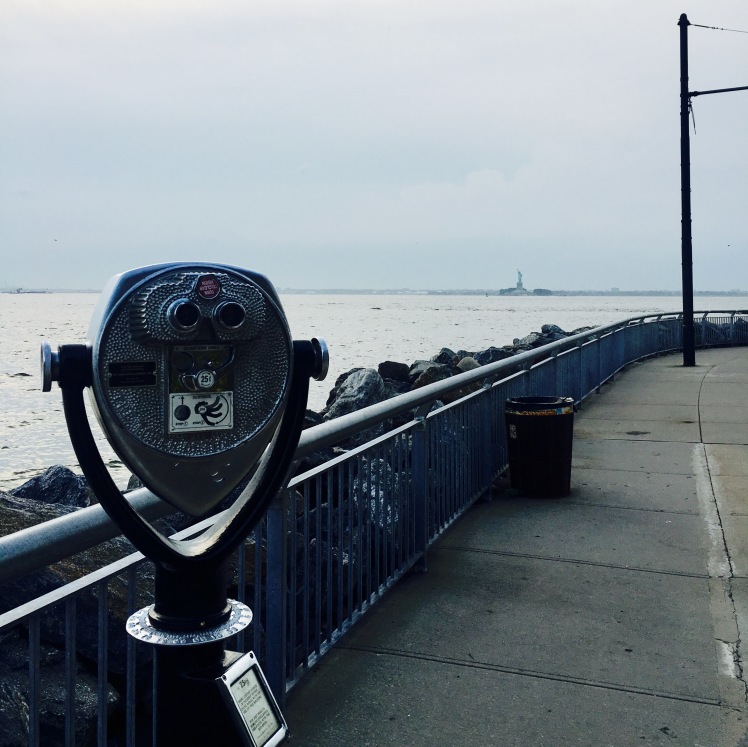 The old warehouses along the piers now house shops, galleries and artist studios … and years ago the MTV Real World Brooklyn (at Pier 41).

There are lots of cafés, artisan shops, restaurants and bars in Red Hook that are worth a visit: the Hometown BBQ, the Van Brunt Stillhouse, Fort Defiance, the Brooklyn Crab, the Red Hook Lobster Pound and Sunny’s Bar. 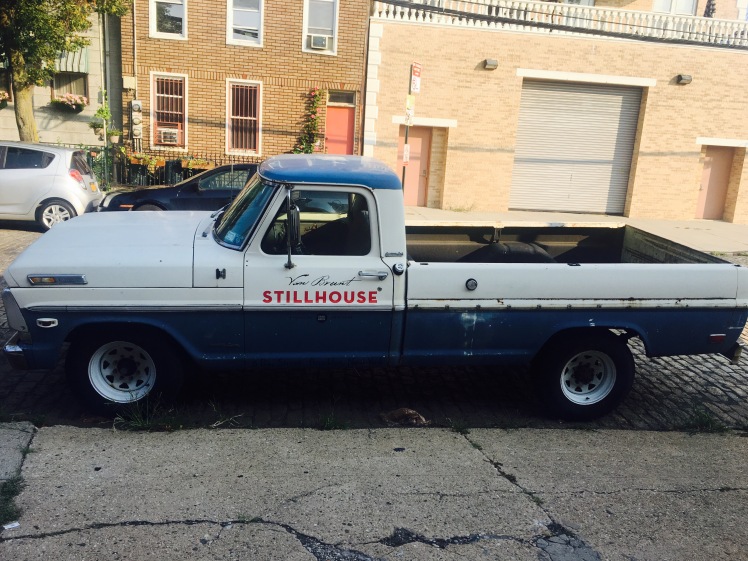 I went to Steve’s Authentic Key Lime Pie that is known for having NYCs best key lime pie and I agree! It’s such a cute spot and the pie was really yummy:

Next time I wanna try their famous “swingle”: a frozen key lime pie covered in chocolate on a stick! It probably contains a weeks worth of calories, but I’m sure its worth it! 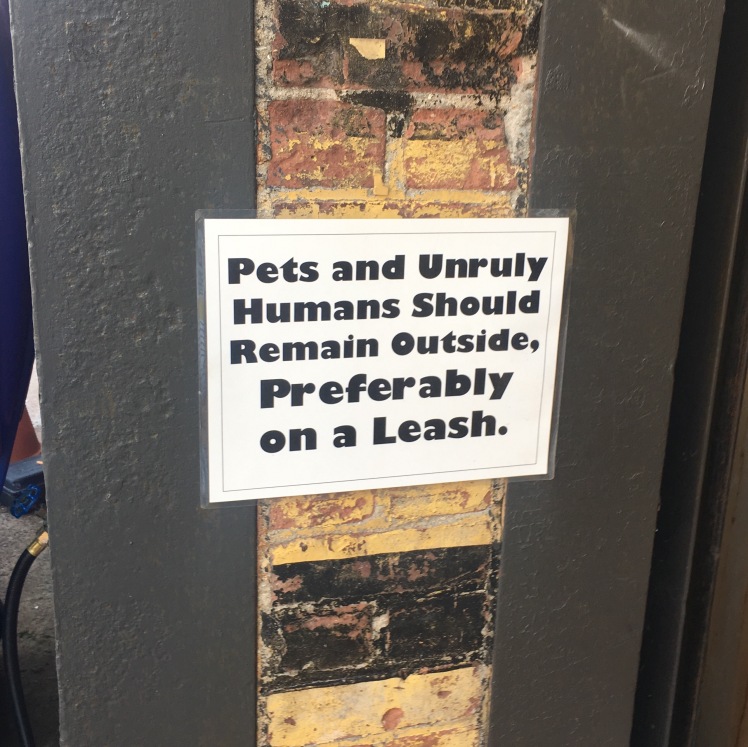 Another spot I wanted to visit was Cacao Piereto but it was unfortunately closed by the time I got there. It’s a chocolate factory that shares the premise with Widow Jane, a whiskey  distillery. Chocolate and Whiskey in one place: heaven on earth! You can tour the factory and distillery on the weekends. 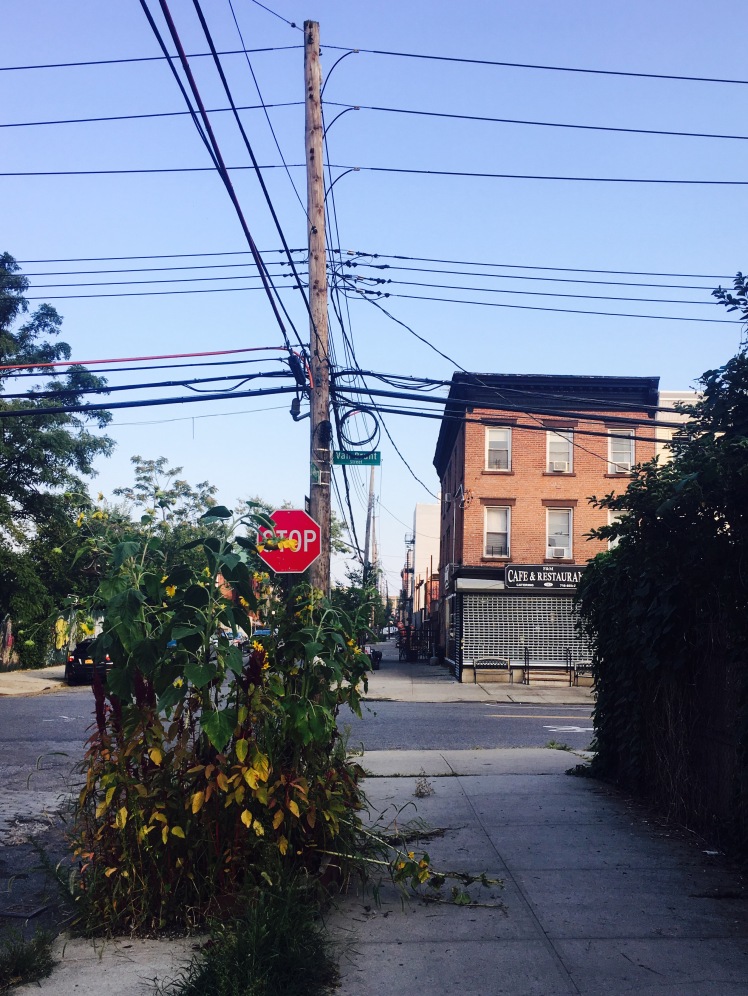 There’s also a community farm, some galleries, a waterfront museum, the Pioneer Works Cultural Center and a few parks. 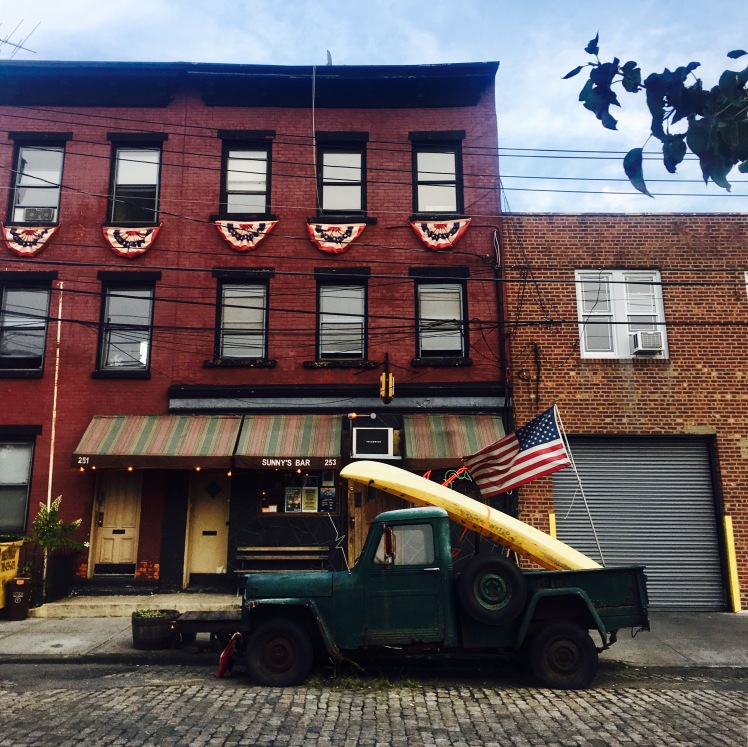 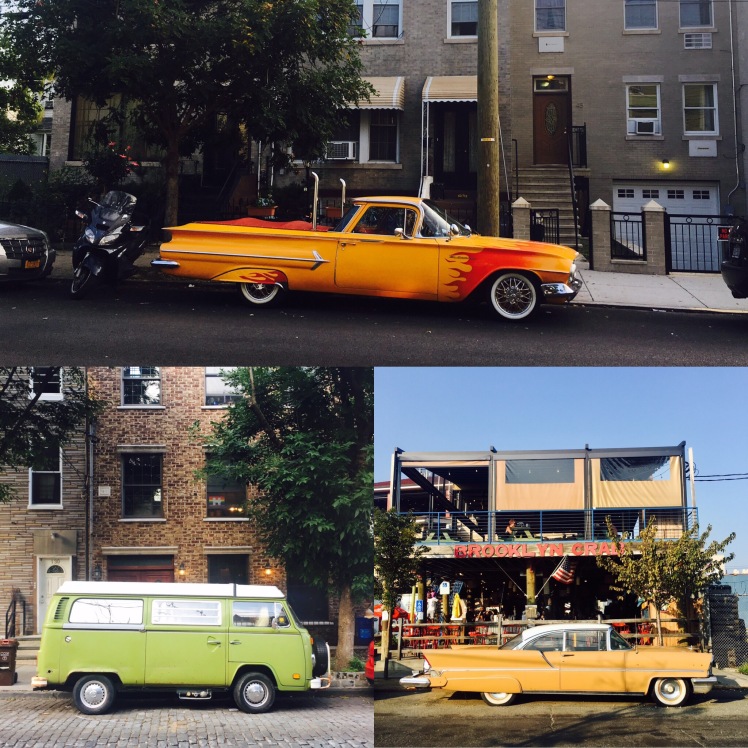 According to Wikipedia 82% of Red Hook residents don’t own a car, but those who do apparently own really cool ones! 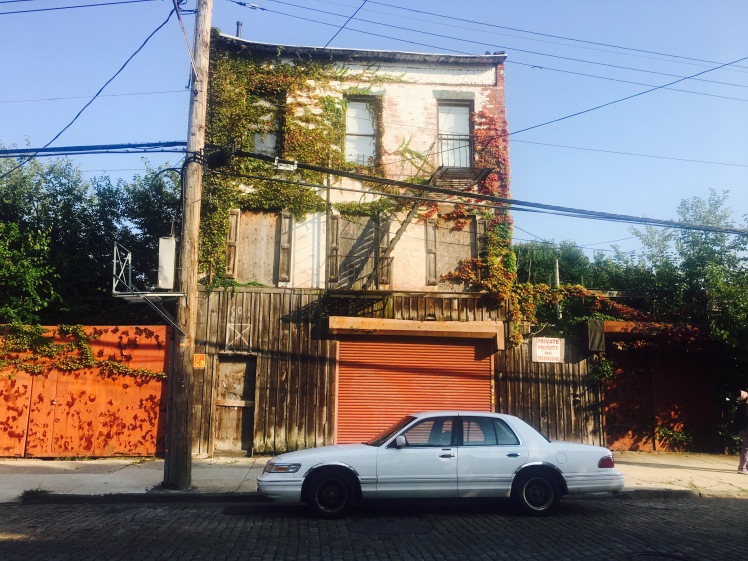 You can read more about Red Hook in the Red Hook Star Revue.