At the beginning of June I spent three days in Valencia. I had been there twice before: in 2005 during a trip through Spain and Portugal with a friend and in 2009 while working at the Formula 1 race that took place in Valencia in August from 2008-2012. The first time I visited I didn’t like it that much but during the second visit we just had the best time there. So I was happy to be back in the city and explore it some more. 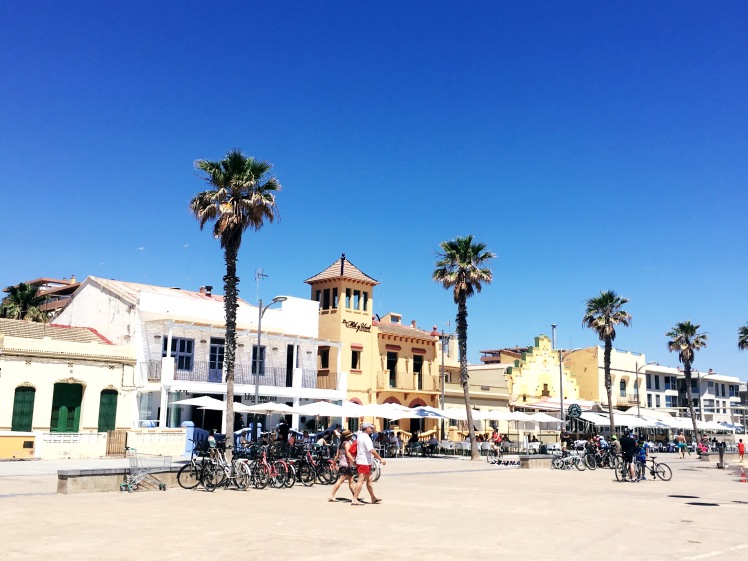 I stayed at Valencia Lounge Hostel which is right in the center of the old town and has 11 individually designed rooms. My room looked like this: 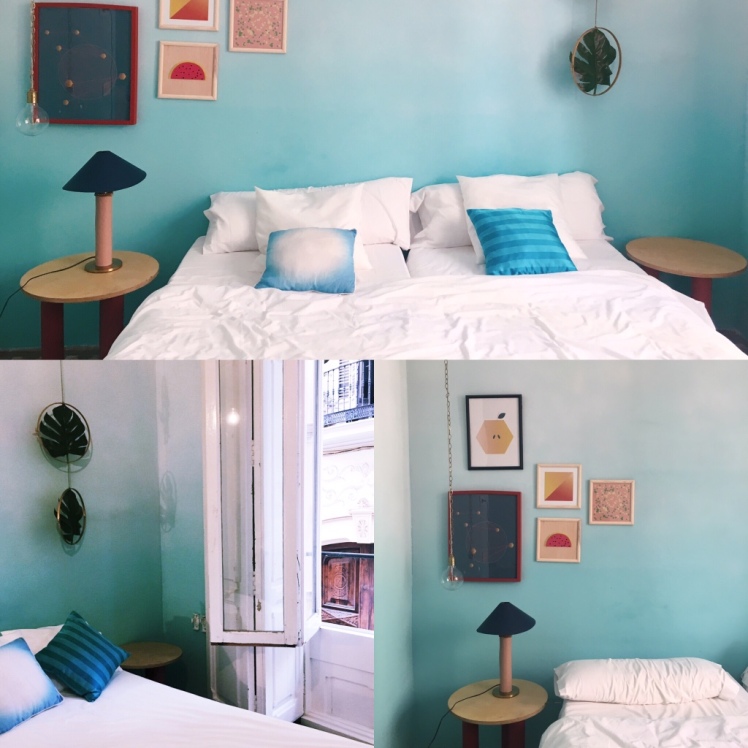 I loved that room! But all the other rooms look amazing too and the common room was equally nice: 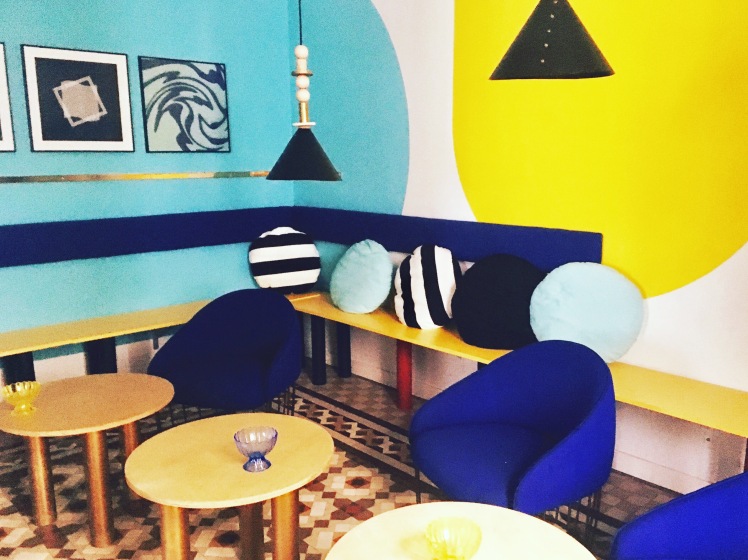 I spent a lot of time walking through the city center drinking copious amounts of Orxata. Orxata is the Valencian version of Horchata and it’s basically a tigernut milk (Orxata de Chufa). You can get it almost everywhere in the city, for example at ice cream parlours, but especially at a Horchateria combined with a sweet baked bread called “Farton” to dip into the Orxata.

On Sunday I made a trip to the beach which is super easy to get to by metro and tram (lines 3 and 4). After some hours at the beach I visited La Fabrica de Hielo, an old ice factory just one block behind the beach. It’s a pretty cool spot, serving drinks and food and with some live music and art exhibits. 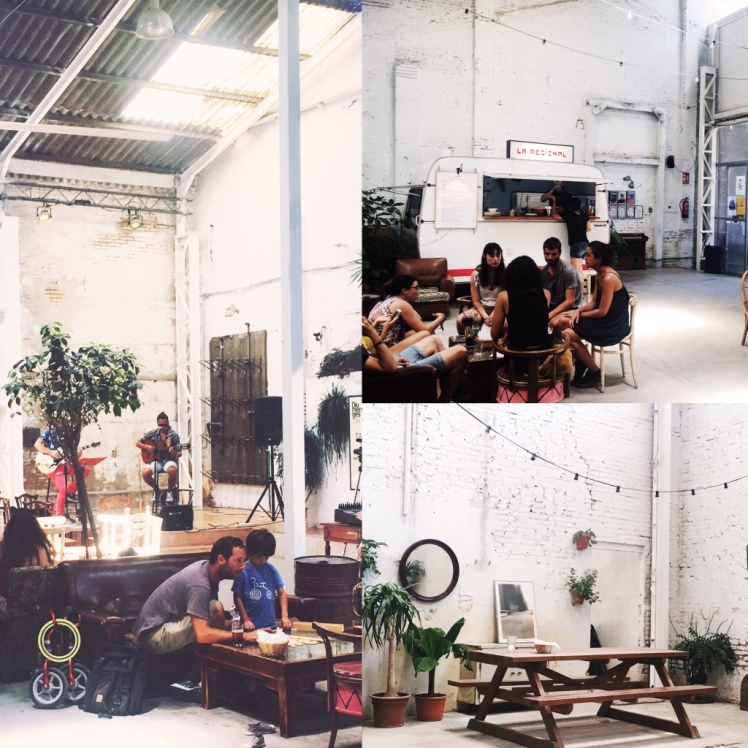 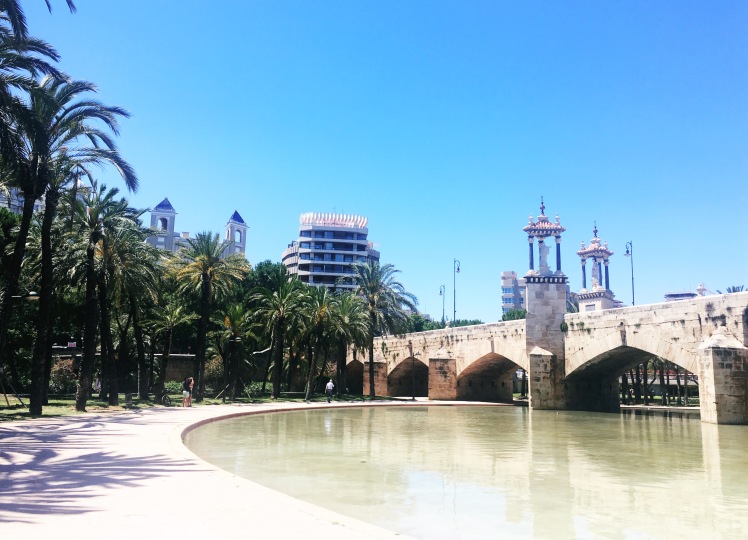 On my last day in Valencia I walked through the Turia Gardens, a 9-kilometer-long stretch of a lush garden in the old riverbed of the Turia. The Turia river used to overflow the city and after a dramatic flood the city decided to reroute the river. The old riverbed was supposed to be turned into a highway but gladly people protested against it and the old riverbed was turned into a park. It’s now filled with lawns, palm trees, walkways, bike paths, cafés, playgrounds, fountains and there a plenty of beautiful bridges spanning over it. The park leads you around the city center to the Ciutat de las Artes y Ciencias (the City of Arts and Sciences). 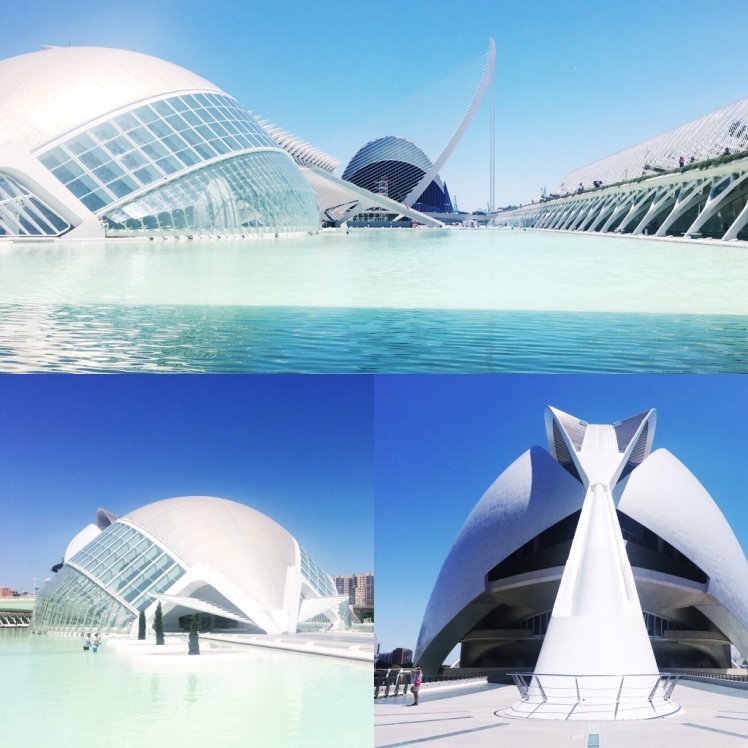 The City of Arts and Sciences was built by Valencia-born star architect Santiago de Calatrava and consists of 6 different buildings: the umbracle, the agora, the art pavilion, the hemispheric, the science museum and the Oceanarium. It’s an all-white (as most Calatrava designs) architectural dream, combined with the blue of the sky and the pools between the buildings.

I also visited Torres der Quart, an old town gate and part of the former city walls. Admission is only 2€ and you’ll get an amazing view over the city. 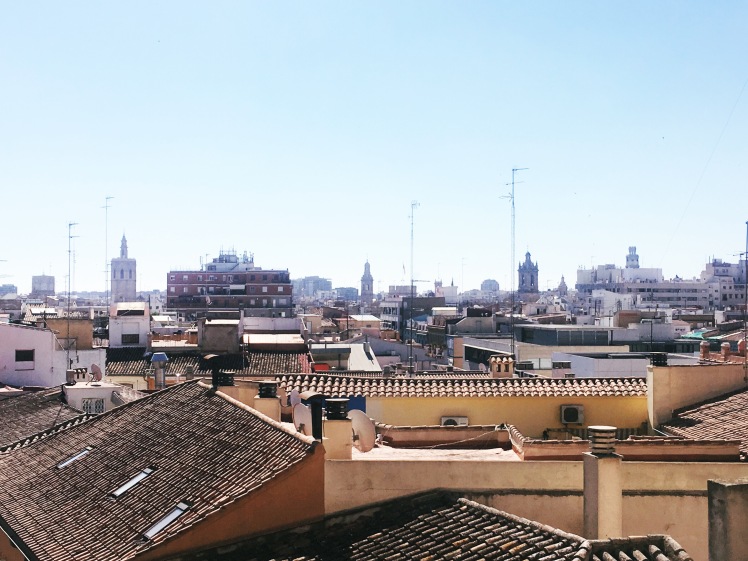 Another great spot for a quick visit is Mercado de Colon, a modernisme market hall turned into a food court. 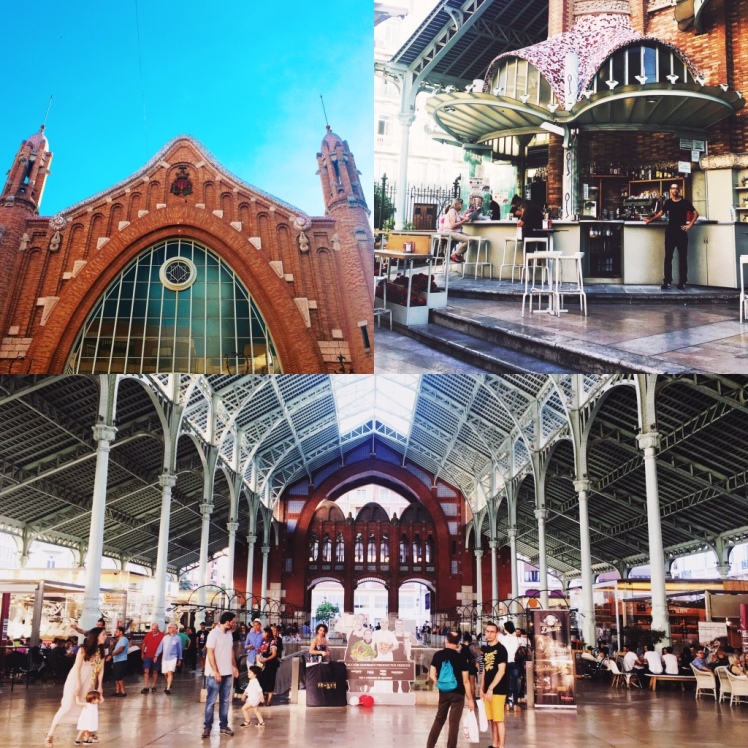 The biggest market in Valencia is Mercado Central de Valencia, selling everything from fruits and vegetables to meat and fresh fish. It also caters to tourist with prepackaged ham and cheese, fruits  and juices, which makes it a great spot to shop for a picnic. 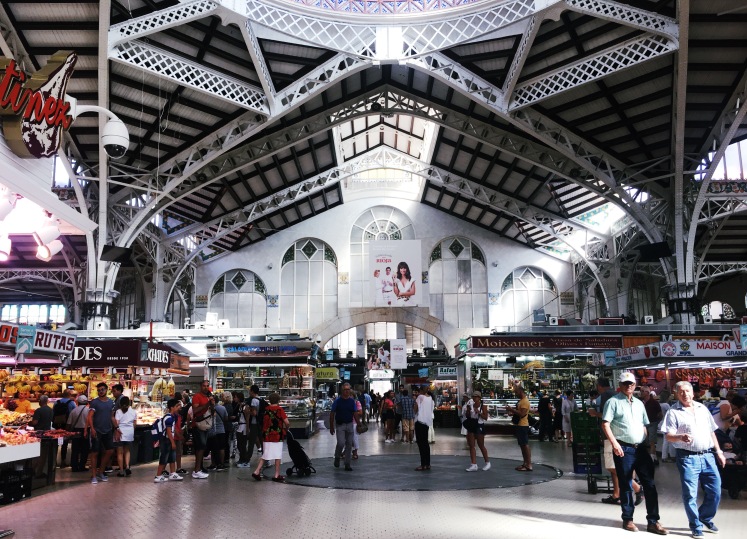 My favourite spot to eat and drink in Spain is Federal Café: an Australian-style café with locations in Barcelona (I visited in December 2016), Madrid (in May 2016) and Girona. They have great coffee, juices, cakes and several main dishes. I can highly recommend it! 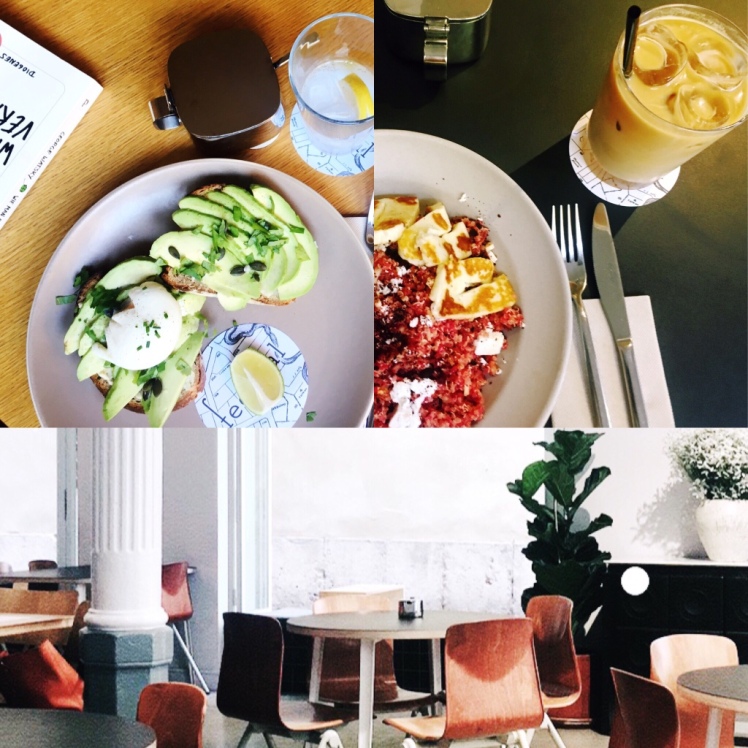 I also ate at La Mas Bonita and Bluebell Coffee in the hip neighborhood of Russafa. There are quite a few more spot I would have loved to check out, but I visit Russaffa on a Sunday afternoon, so those places were closed. Another café I really liked was Bastard Coffee in a residential neighborhood between the Turia and the beach. I had fantastic breakfast there: 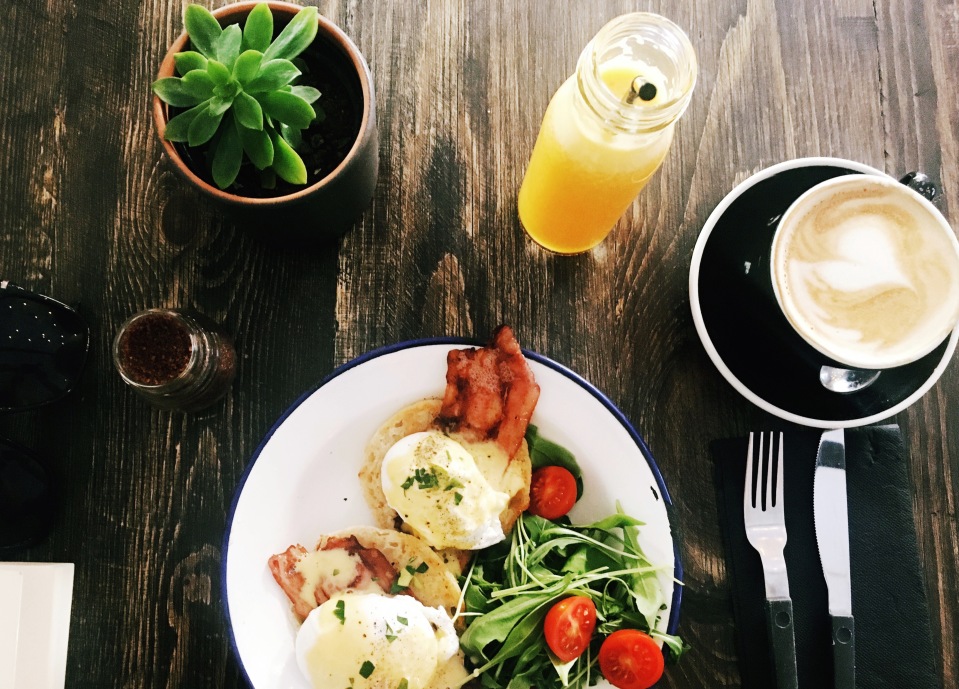 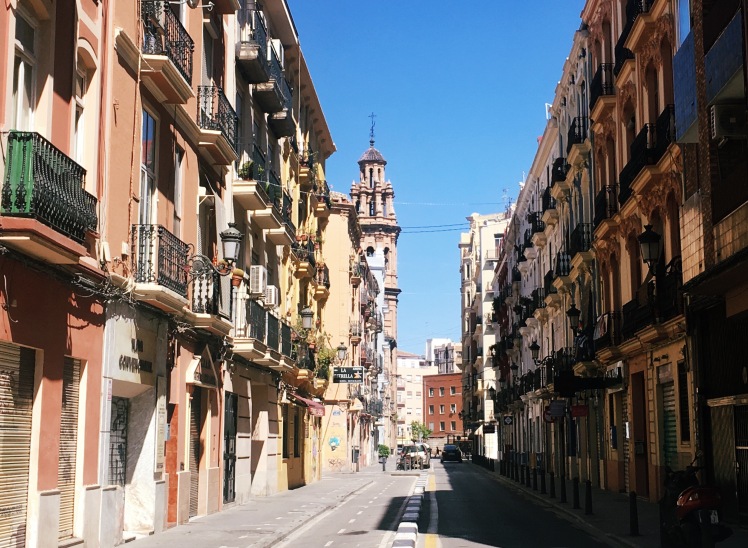 After 3 days  of walking, eating and sightseeing in Valencia I took the bus over to Calpe, a seaside town on the Costa Blanca.

One thought on “Recap. Three days in Valencia.”