I got back to NYC from Chicago around noon on Friday and checked into my hotel on the Bowery: the Bowery House where I had already stayed last year in May. The Bowery House is a former flop house which was made into a stylish hotel. The location is perfect: on the Bowery between East Houston and Delancey streets, so neighborhoods like the East Village, Lower East Side, Chinatown, Little Italy and SoHo are all in walking distance. The rooms (cabins) are super small but if you’re only there to sleep its doesn’t matter much and the price is unbeatable: I paid 75$ per night for a cabin with a window (most of the original cabins don’t have windows) 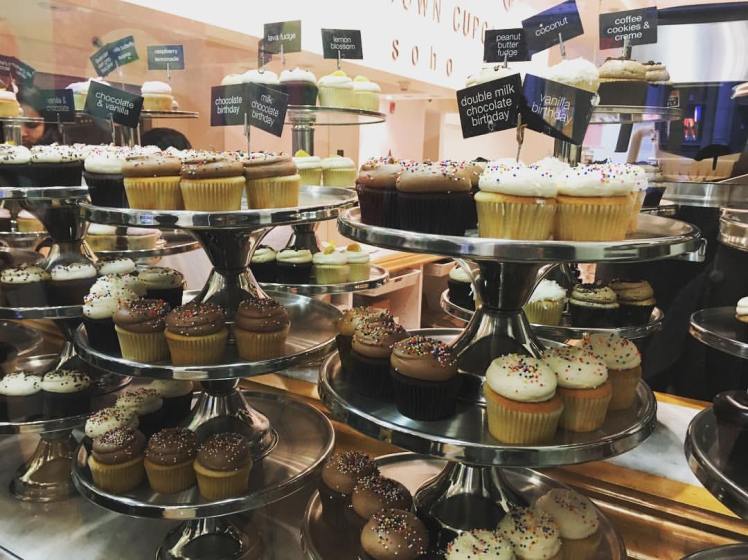 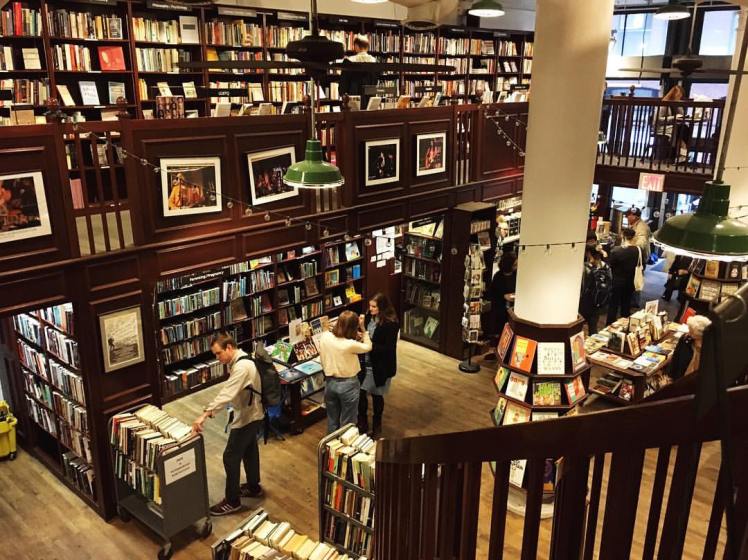 In the afternoon I strolled through SoHo in the rain and stopped by Georgetown (on Mercer Street) for a cupcake and later at my favourite bookstore: Housing Works on Crosby Street. I was looking for John Steinbecks book “Travels with Charley” from 1960 and found it there for just $4.50! Score! 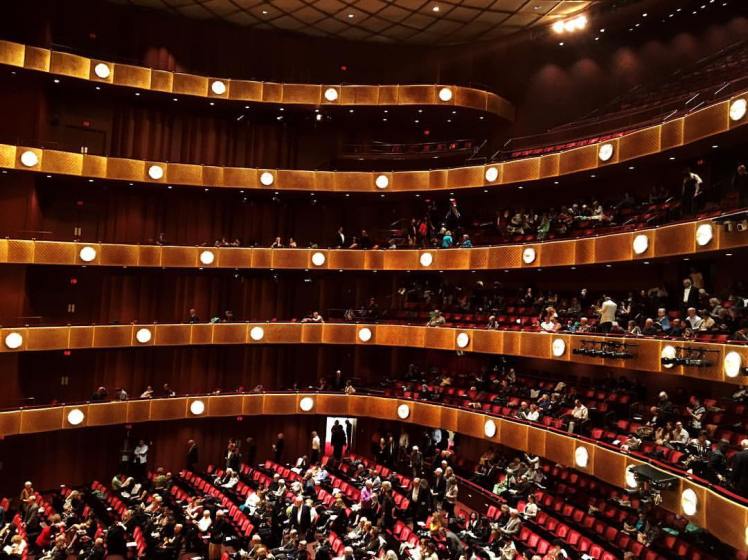 On Saturday I visited the Hester Street Fair to which I was looking forward to since last year, had a doughnut at my beloved Doughnut Plant on Grand Street, checked out the mural at the Bowery Wall (I wasn’t impressed) and street art at Freeman Alley and visited the New Museum for the first time. 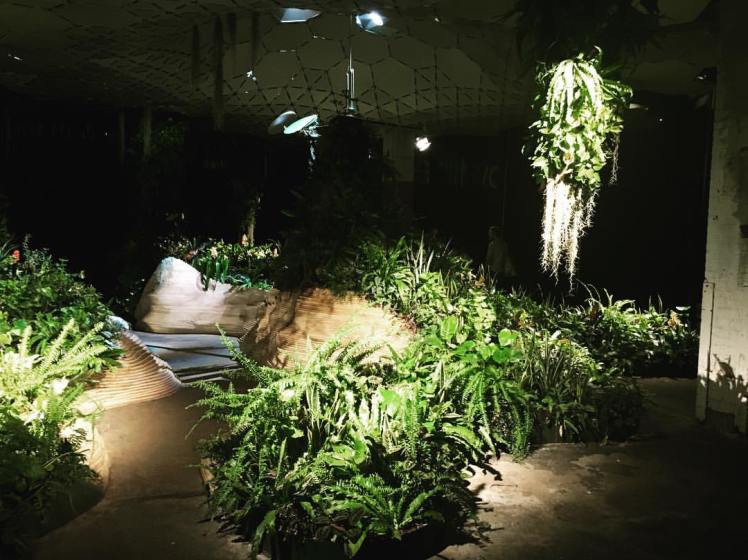 What I was most excited about on this day was visiting the LowLine Lab on Essex Street: a laboratory and exhibit for what is going to be the worlds first underground park. It was so interesting to see how they wanna transform an abandoned trolley terminal below Delancey Street into a light filled lush park. If you’re in the city you should definitely check it out, admission is free but a donation is suggested. 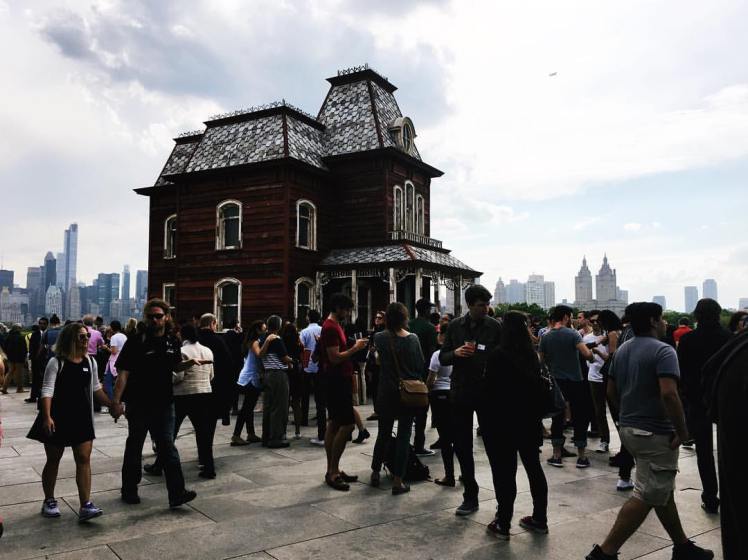 In the late afternoon I ventured uptown to the Metropolitan Museum of Art, a museum I just cannot get enough of. There is just so much to see from ancient to modern to contemporary art, an Egyptian temple and a Japanese garden, furniture, costumes and so much more. My main reason to visit was the current exhibit on the museums rooftop: Cornelia Parkers Psycho Barn. Such a rad installation and the views from the roof over Central Park are just breathtaking! 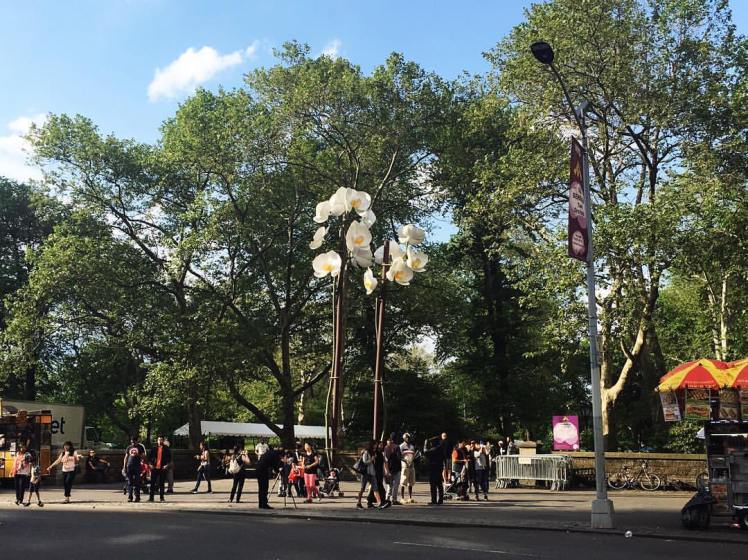 Later on I enjoyed the sunshine in Central Park for a while before walking down to 59th Street to see Public Art Funds current exhibit at Doris C. Freedman Plaza: Two Orchids by Isa Genzken.
Afterwards I walked over to Sprinkles (on Lexington at 60th street) to try their Sprinkles Sundae: a scoop of ice cream between a sliced cupcake. I was a bit disappointed: after eating the top of the cupcake the ice cream tasted rather bland and the bottom of the cupcake got soggy due to the melting ice cream. I love Sprinkles’ cupcakes but that was a waste of a great cupcake! 😦 After, I took the bus downtown to Washington Square Park and strolled home through SoHo. 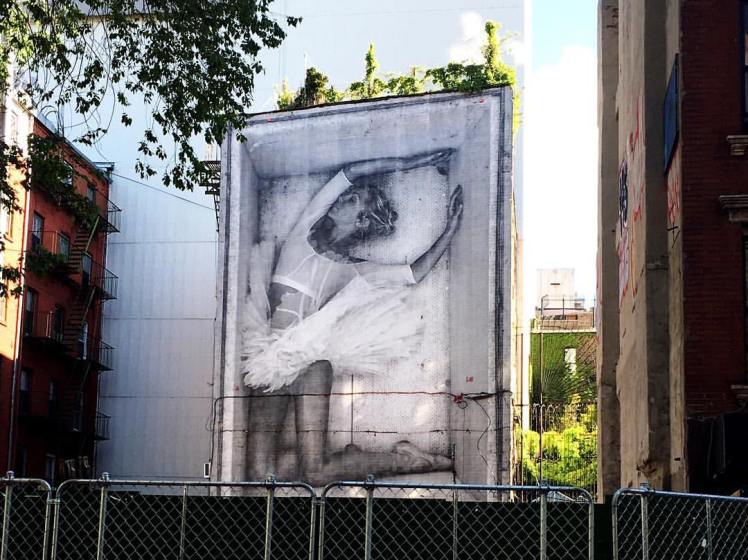 Sunday was already my last day in the city and I spent the morning wandering around the Lower East Side and visited the First Street Art Park and saw two amazing murals right behind it: one by Os Gemeos and a huge paste-up of dancer Charlotte Ranson by french artist JR.

After checking out and storing my luggage I headed to Brooklyn for the last time (sad face) and strolled through Prospect Park, picked up a latte and Crème brûlée doughnut (soooo good!) at Doughnut Plant and took the subway over to Brighton Beach. 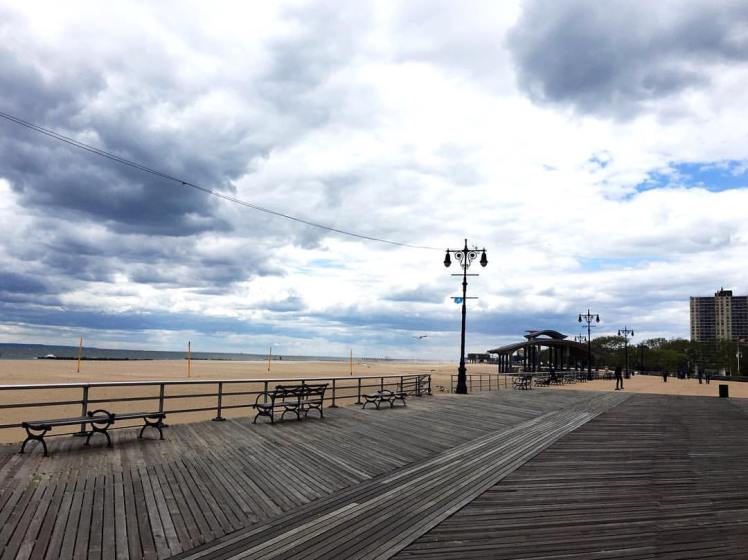 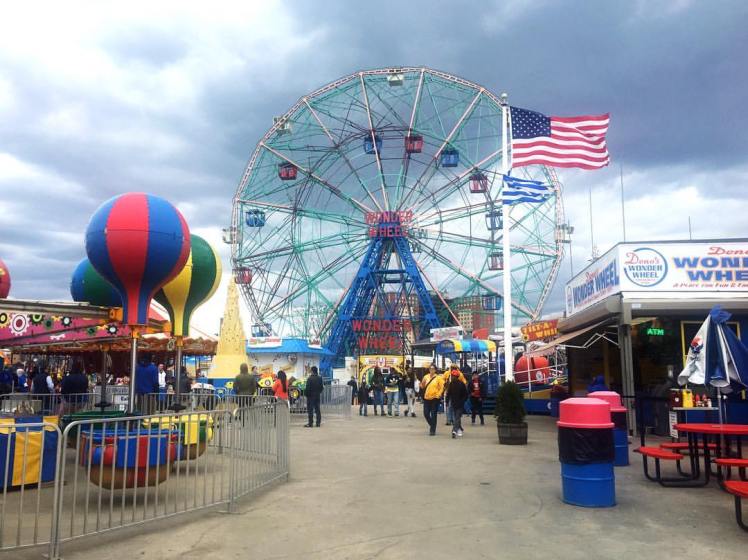 It got really cloudy and windy in the afternoon so it was probably a stupid idea to head to the beach but I enjoyed my walk along the boardwalk to Coney Island nevertheless. And ooh Coney Island! How I love this place! Even in the worst weather the beach and the Luna Park still make me absolutely happy! The noise, the smell of the sea mixed with the smell of the food, the music, the rattling of the old rides and the old times charm of this place: I just can’t get enough of it!

Sadly I had to leave after just a short visit to make my final stop of this trip: the newly opened food market “The Pennsy” at PennStation!

After my late lunch (Ceaser Kale salad – loved it!) I walked all the way back from 35th street to the Bowery, picked up my suitcase and headed back to JFK.

At JFK I got a free upgrade to business class for my flight to London! Thanks British Airways!! What a perfect end to a fabulous trip!