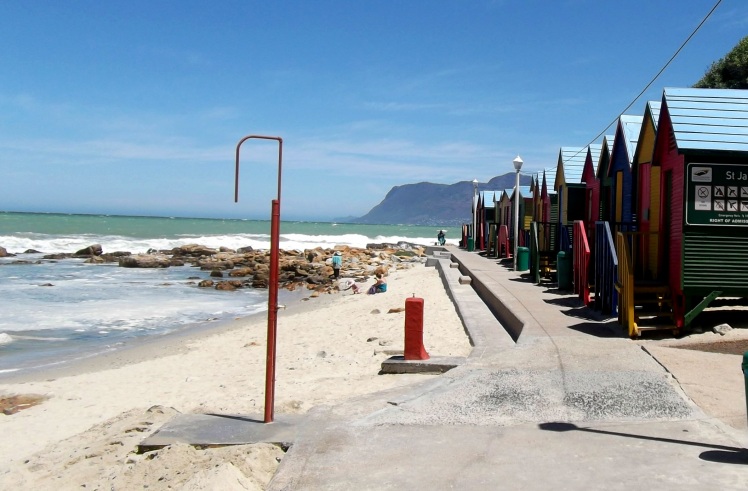 On top of my to-do list for my stay in Cape Town last November was seeing the penguin colony at Boulders Beach in Simon’s Town. So one day I walked over to the central train station in Cape Town and took the train to Simon’s Town. I bought the tourist pass for the train because I read that the train runs along the coastline and passes a lot of nice beaches on its way to Simon’s Town. The tourist ticket allows you to hop on and off the train as often as you please during the day.

Unfortunately the service to Simon’s Town was disabled and the train only ran to Fish Hoek. Being “stranded” in Fish Hoek and knowing nothing about it, I decided to take the train back towards Cape Town and get off two stops later at St. James . I had read about St. James beach and its colorful beach huts before and also seen it from the train on the way to Fish Hoek. 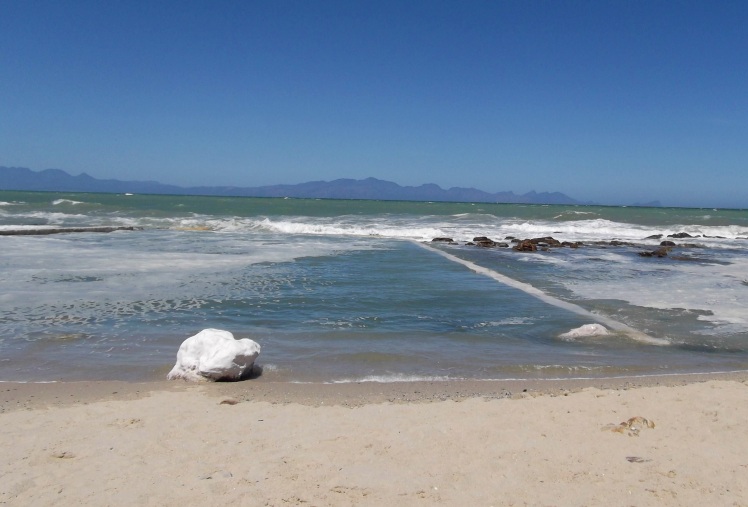 St. James beach does not only have the beautiful beach huts but also a tidal pool that makes swimming there it a bit safer and warmer. 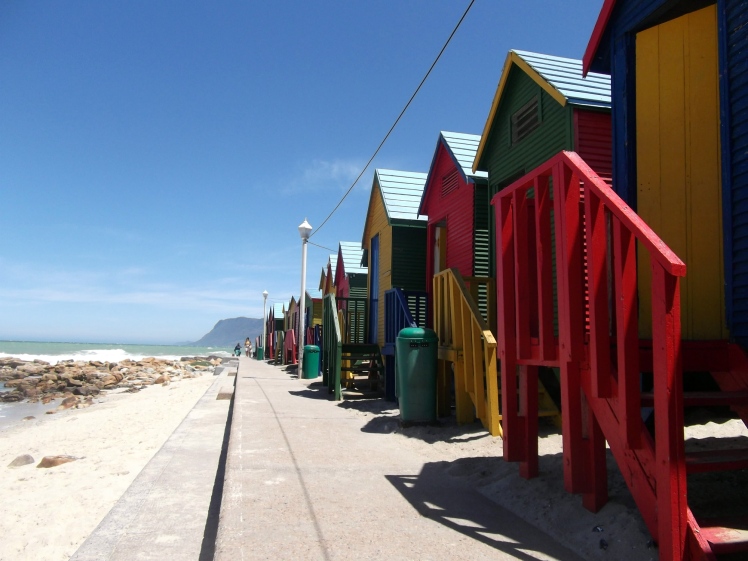 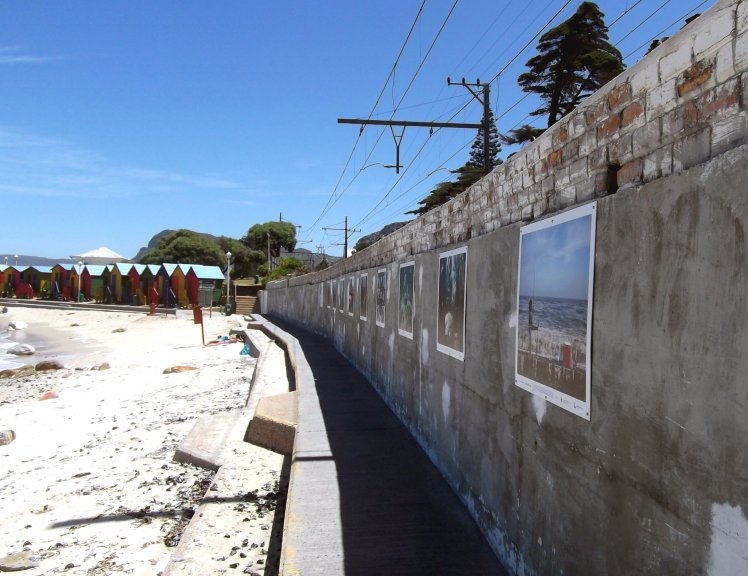 There is a narrow walkway from St. James beach leading to the next beach in Muizenberg. When I visited there was a photo exhibit along the walkway. Pretty cool. 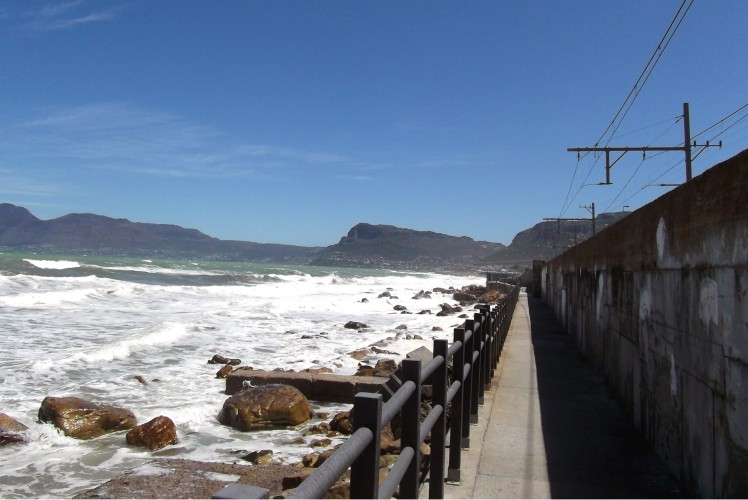 The walkway runs between the train tracks and the ocean. If you walk during high tide you risk getting your feet wet. 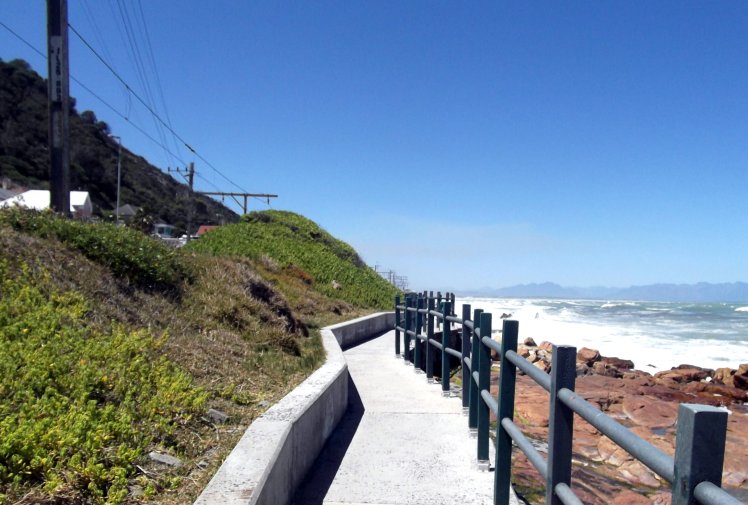 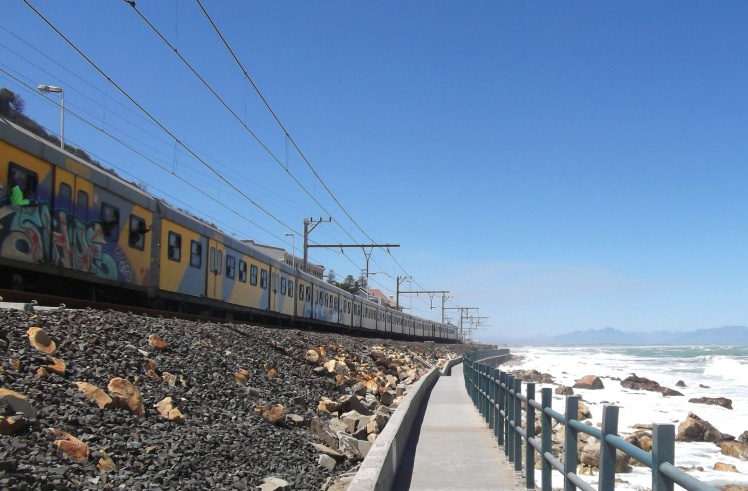 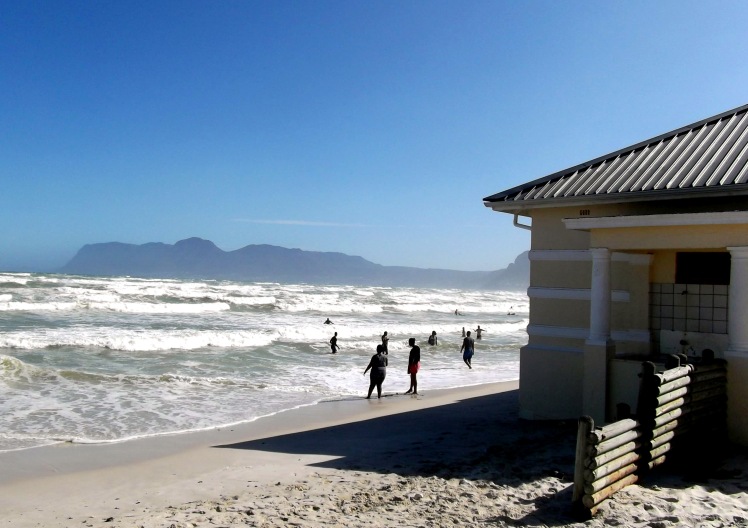 Muizenberg beach is 32 kilometers long (!) and is very popular for surfing – there are some surfshops and surf schools to be found: 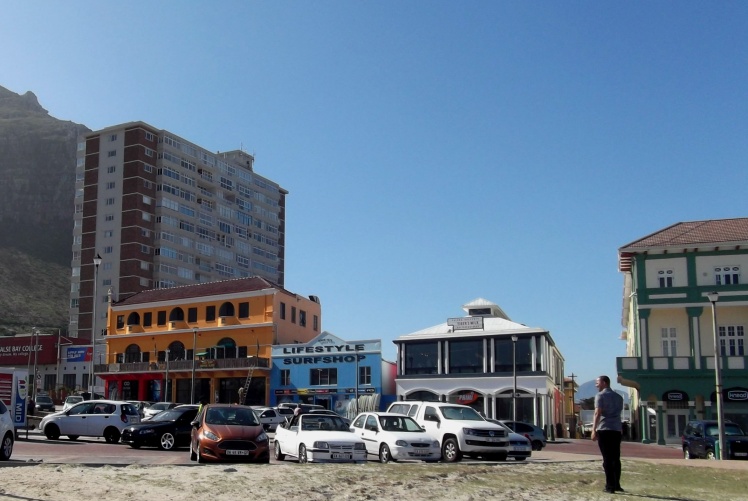 … and there are some cute beachhuts too: 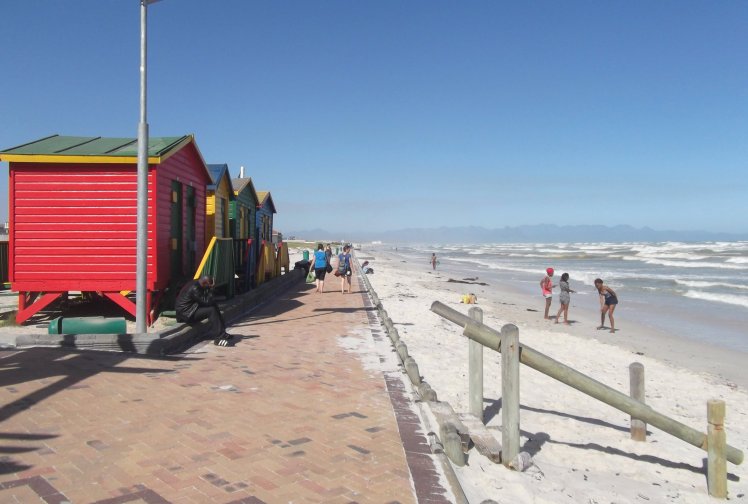 I took the train back to Cape Town from Muizenberg station after an early dinner near the beach. Even though my day didn’t went as planned I had a wonderful and relaxing time at the beautiful False Bay coast. I did visit the penguins at Boulders Beach a few days later during a guided tour that included a drive along Chapman’s Peak and a visit to Cape of Good Hope and Cape Point.

One thought on “Cape Town. A walk from St. James beach to Muizenberg.”